Bushel Basket in a Shadow Box 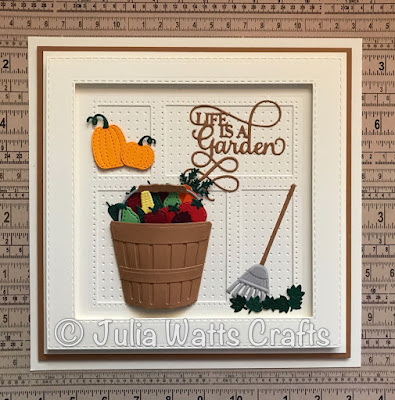 I made up a basket using the Bushel Basket Die Set with Cinnamon & Stone Card. It's easy for you to watch one of Sue's videos on how to put the basket together rather than me try and explain it! 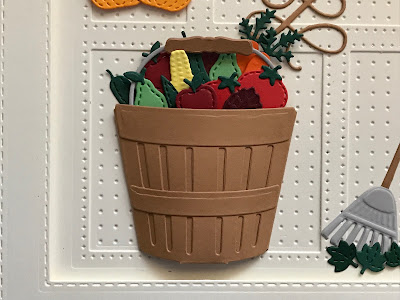 I added a couple of pumpkins to the top left hand box. 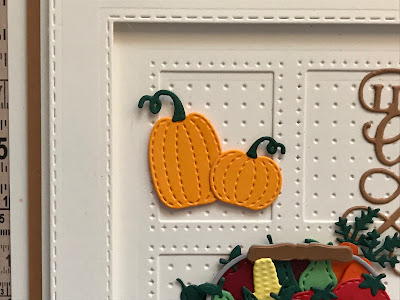 I cut the Garden Rake out of Stone and Cinnamon Card using the Life is a Garden Die Set and added some leaves cut from Forest Card using the Wooden Garden Cart Die Set. 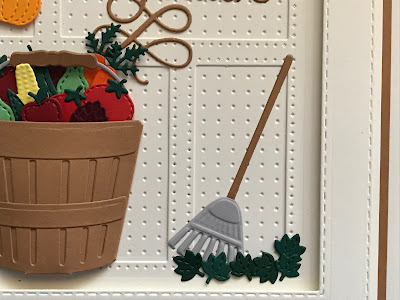 The sentiment is from the Life is a Garden Die Set cut from Cinnamon Card. 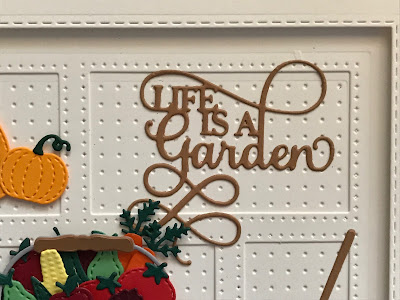