This card went down really well at the Trade Show this week. 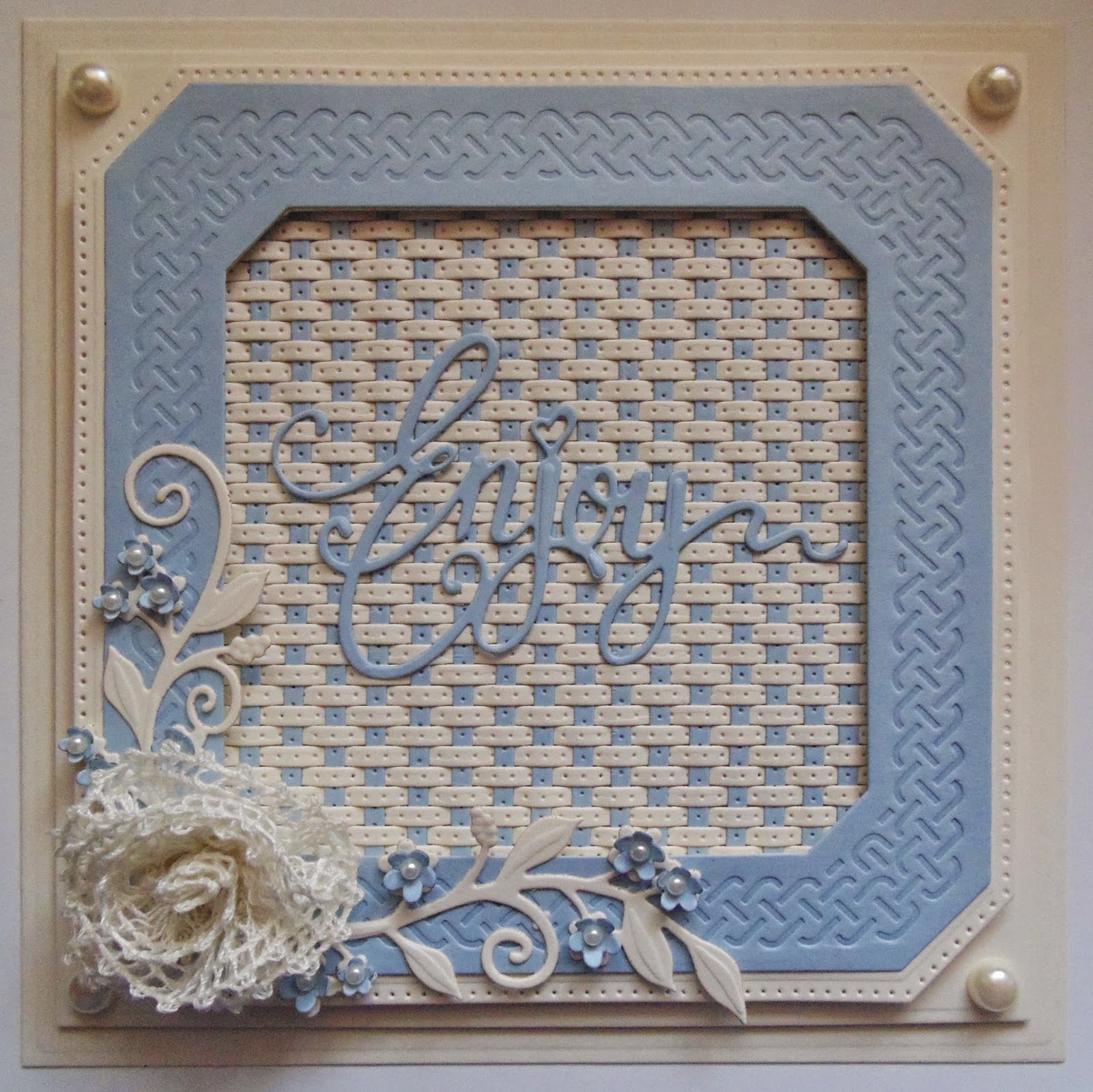 So, I used Sue's Striped Weaving Die for the background. I cut it twice out of Milk Card and twice out of Sky Blue Card. I glued the 2 Milk Die Cuts together along one side. 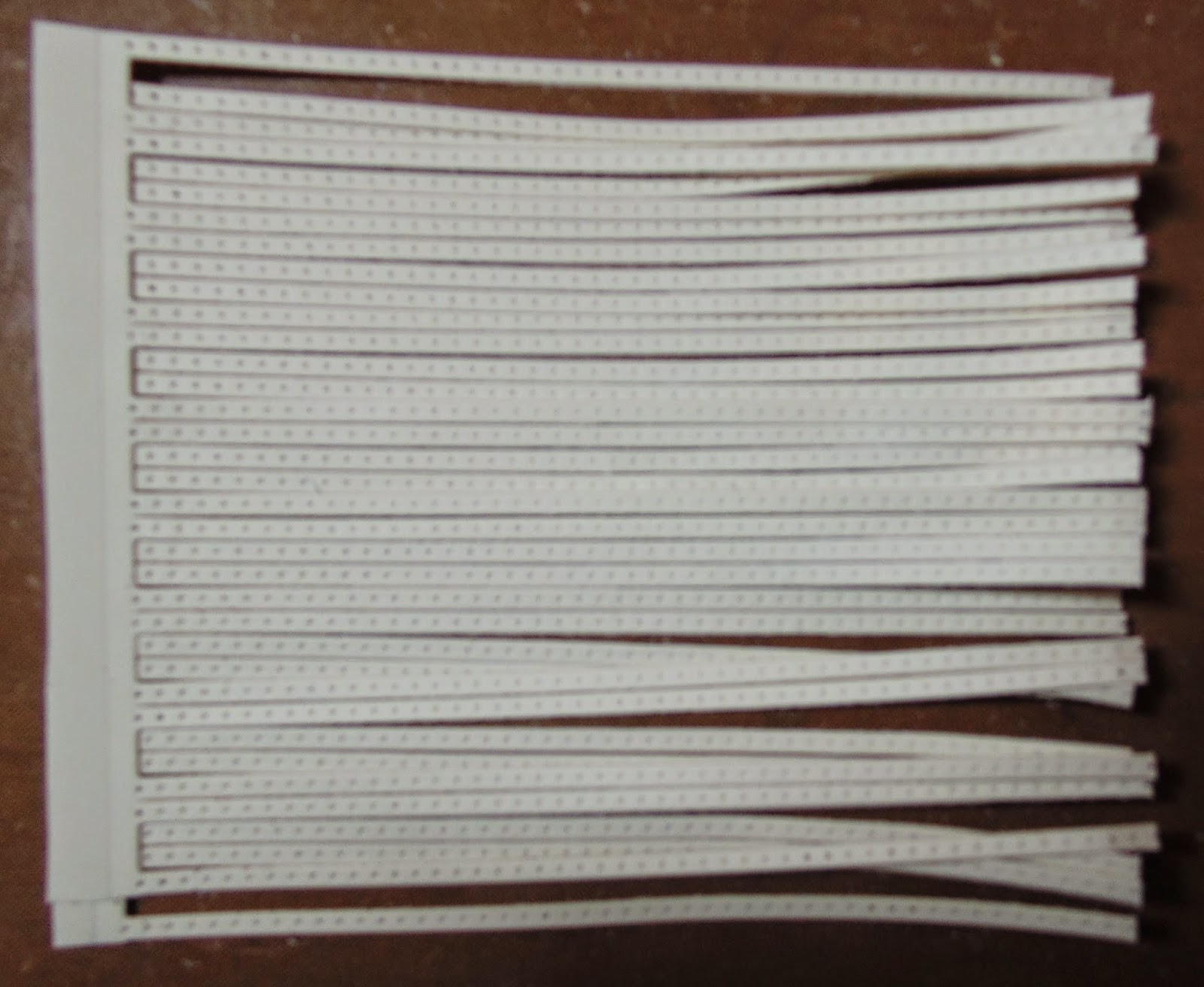 I separated all of the Sky Blue strips and wove them in and out of the Milk strips. You can see how the weaving dies work on Sue's You Tube Channel here. This version with just the Striped Weaving Die does take a little longer than when you use the Classic but it's quite relaxing! 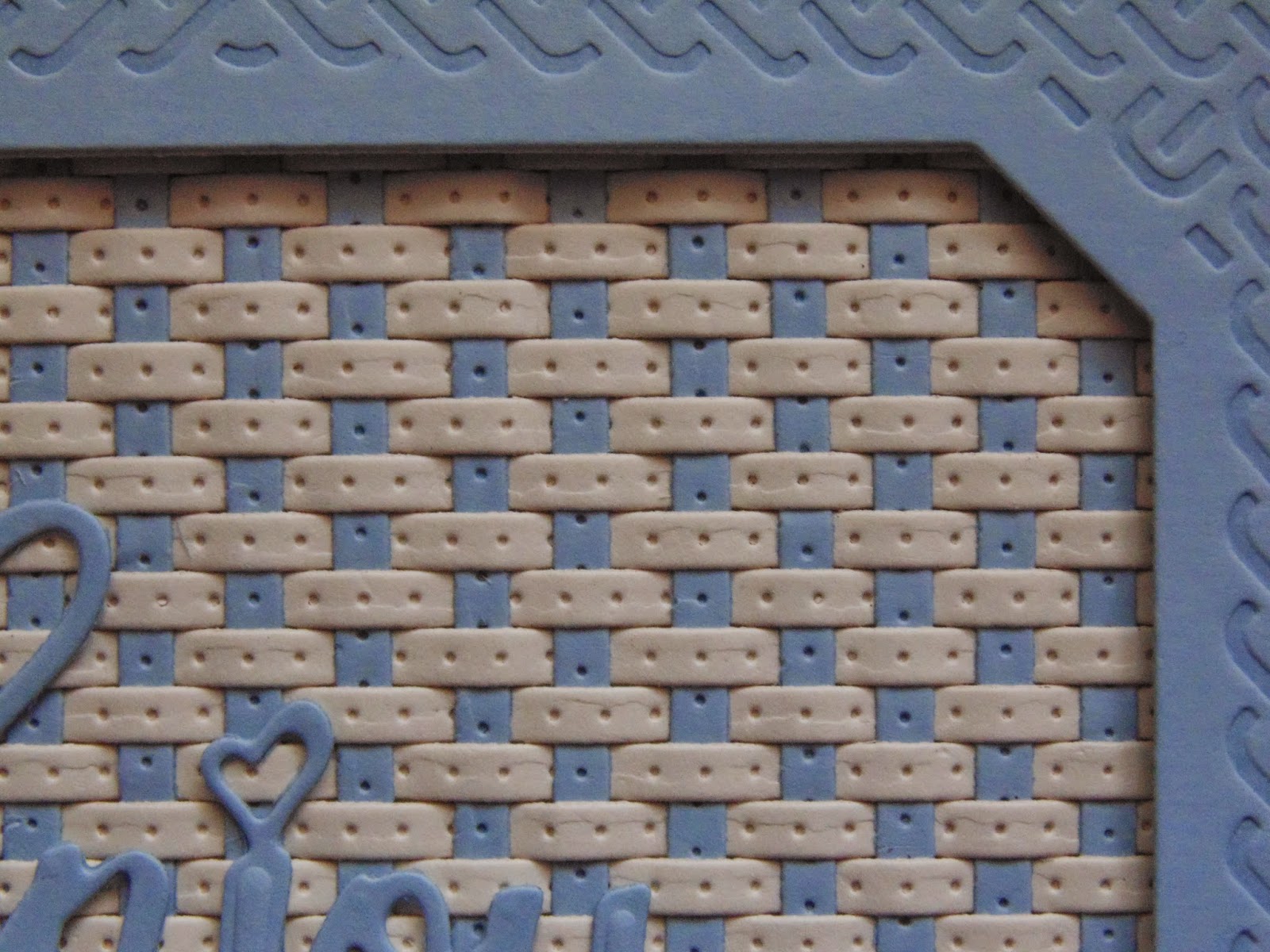 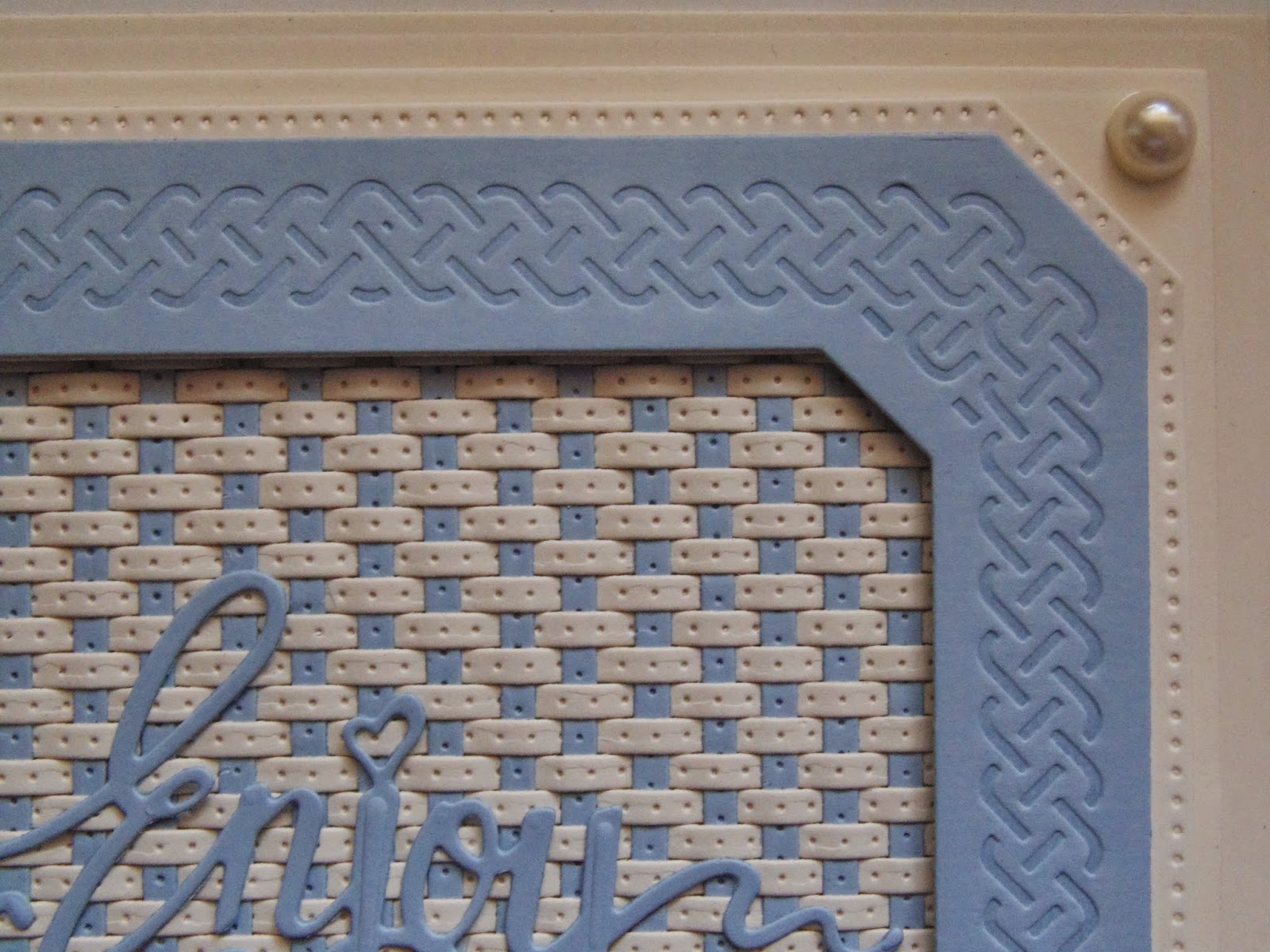 I cut Sue's Enjoy Die out out Sky Blue Card. 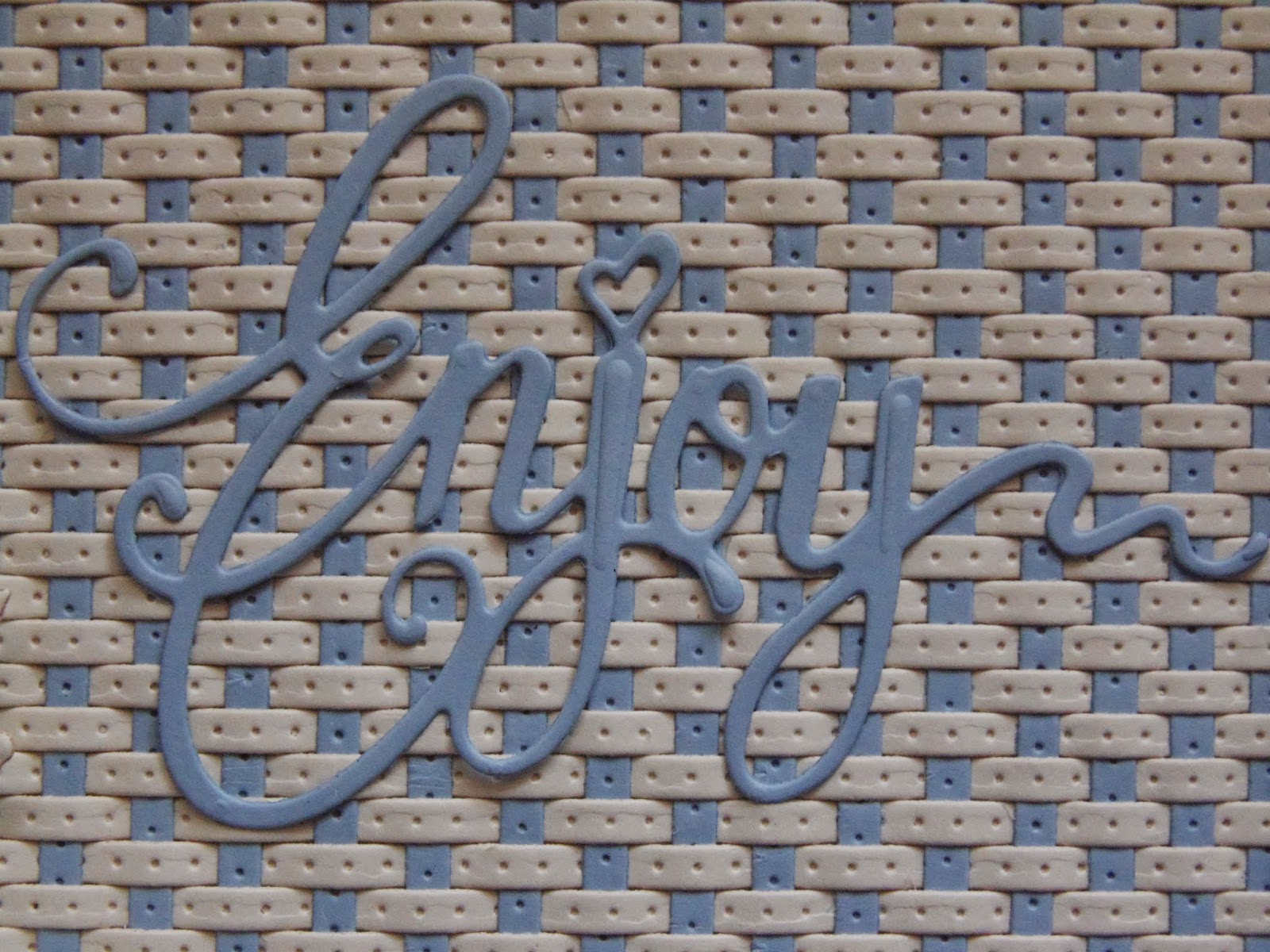 I made a flower out of Cream Crochet Ribbon. 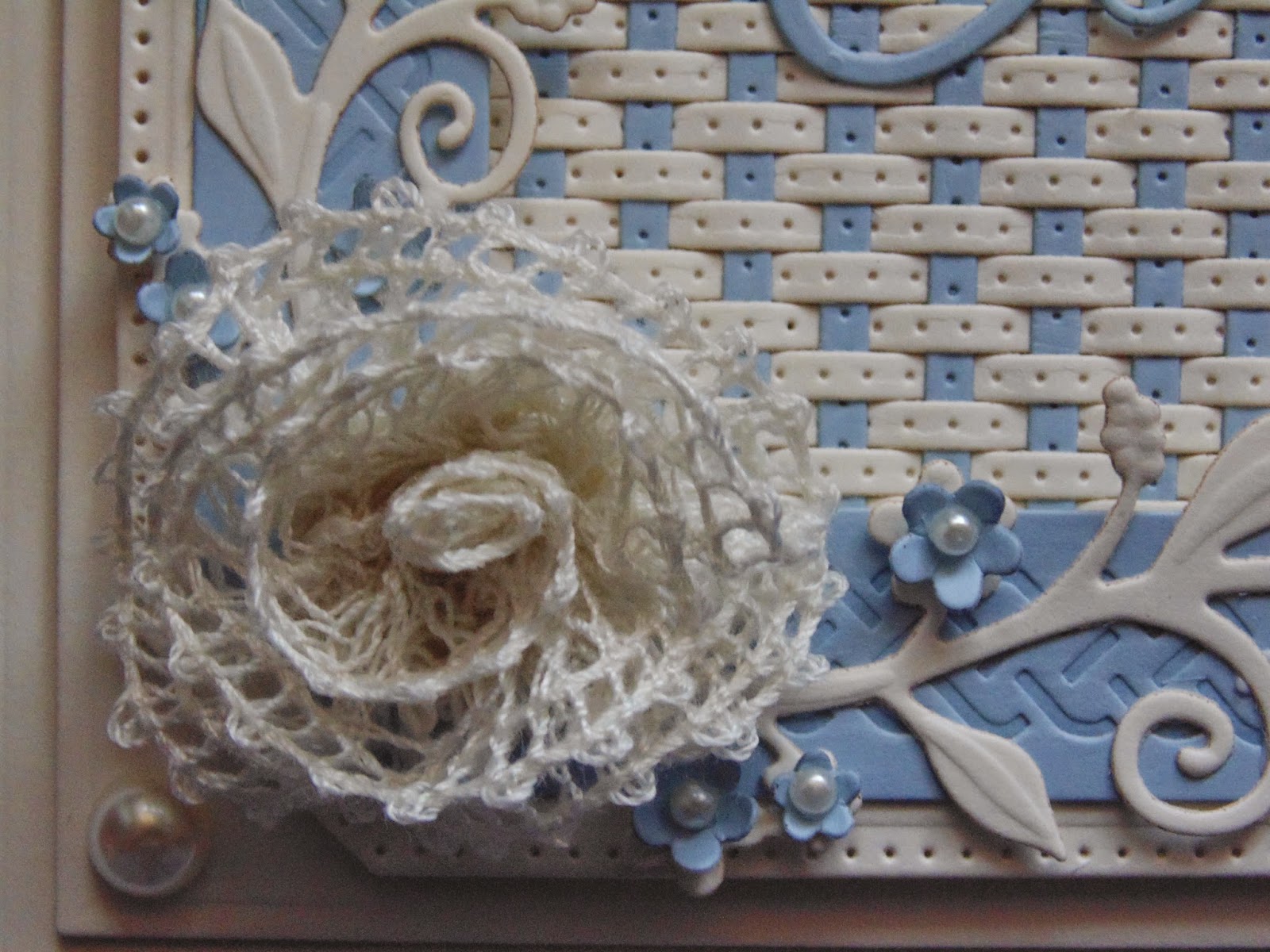 I cut the 2 branch dies from Sue's Blossoming Branch Die Set out of Milk Card and the flowers from the same die set out of Sky Blue Card. I shaped the flowers using a ball tool on a moulding mat and added them to the branches. I added a 3mm Cream Pearl to the centre of each one. 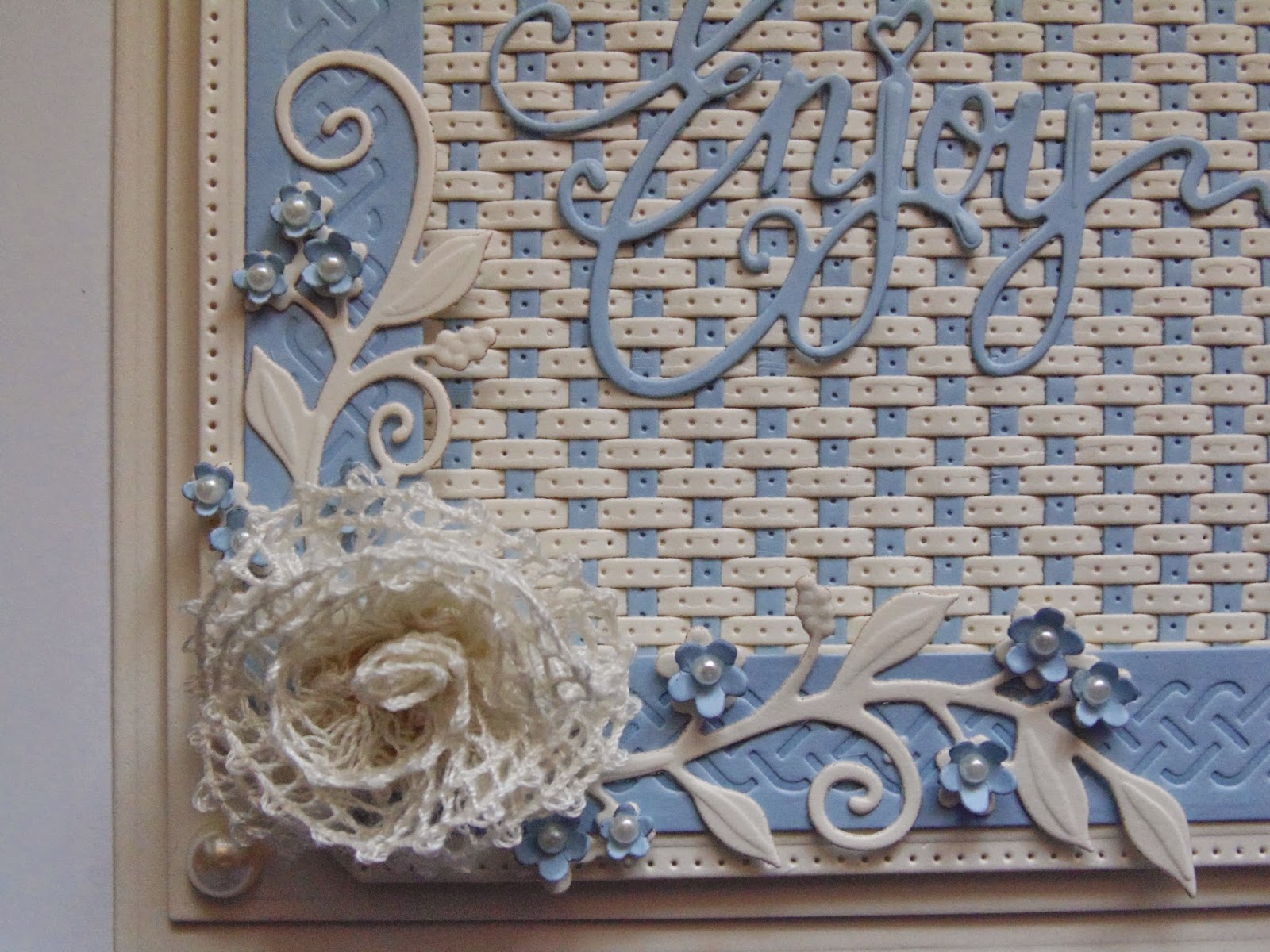 I assembled the card as shown adding an 8mm Cream Pearl to each corner.

Just a reminder that I have workshops on Tuesday 24th February in Kettering and Saturday 7th March near Milton Keynes with Sue's Dies and lots of Cosmic Shimmer and Creative Expressions products - details in the Workshop section of this blog (access via the top menu).

John Lockwood has shows on Create & Craft today at 10am and 4pm - hope you can tune in.