Had a great day at Doodleso in Prestatyn yesterday. Lovely shop! It was so nice to wake up looking at the sea! Got home late last night so as usual this is a scheduled post as I intend to be tucked up in bed when it goes live! Just an early heads up - I'll be back at Domino Crafts in Wolverhampton tomorrow for another demo.

When I gave you the drive times yestersday, it was so that you could get some idea of how long a taxi drive it would be from the station or hotel if you come by train. I don't actually assume that everyone can drive - my daughter has to take the trains everywhere as she can't drive yet. My journey to Prestatyn would have been shorter time wise had I been able to take the train but I have to take so much stuff with me that I would struggle to get on and off the train! The M1 and the M6 are a nightmare at the moment with roadworks all over the place! 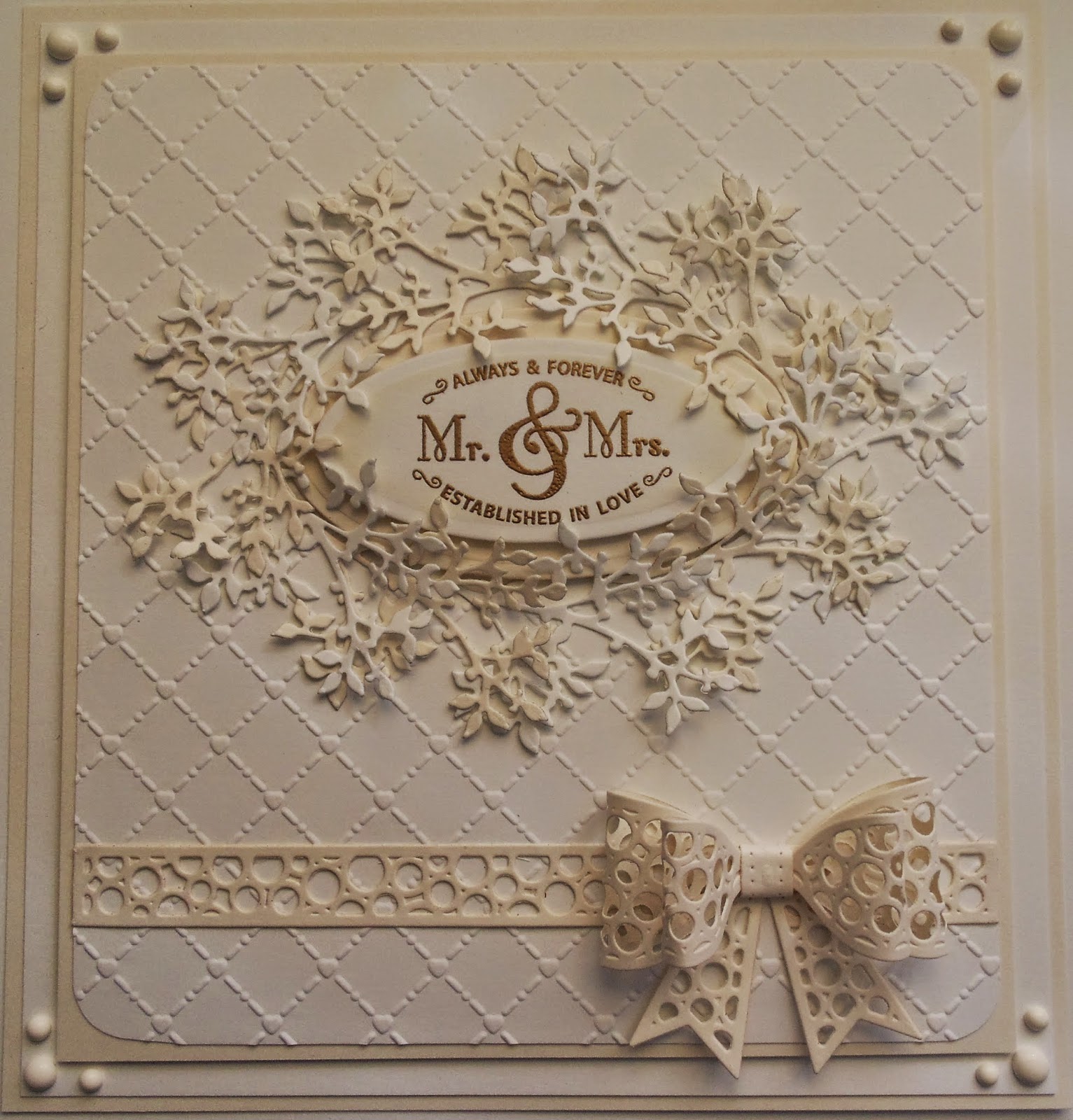 For the background, I ran a piece of Coconut White Card through the Grand Calibur with the Creative Expressions Heart Lattice Embossing Folder. I rounded the edges with a punch,

I stamped the sentiment from the Justrite Mr & Mrs Vintage Labels Four Stamp Set using Perfect Medium and embossed with Cosmic Shimmer Gold Detail Embossing Powder. I cut it out using Justrite Vintage Labels Four Die Set and inked though the die with Antique Linen Distress Ink. I cut the next size die in the set out of Milk Card.

I cut a bunch of the Couture Creations Vintage Branch Die out of Coconut White and Milk Card and arranged them around the sentiment. 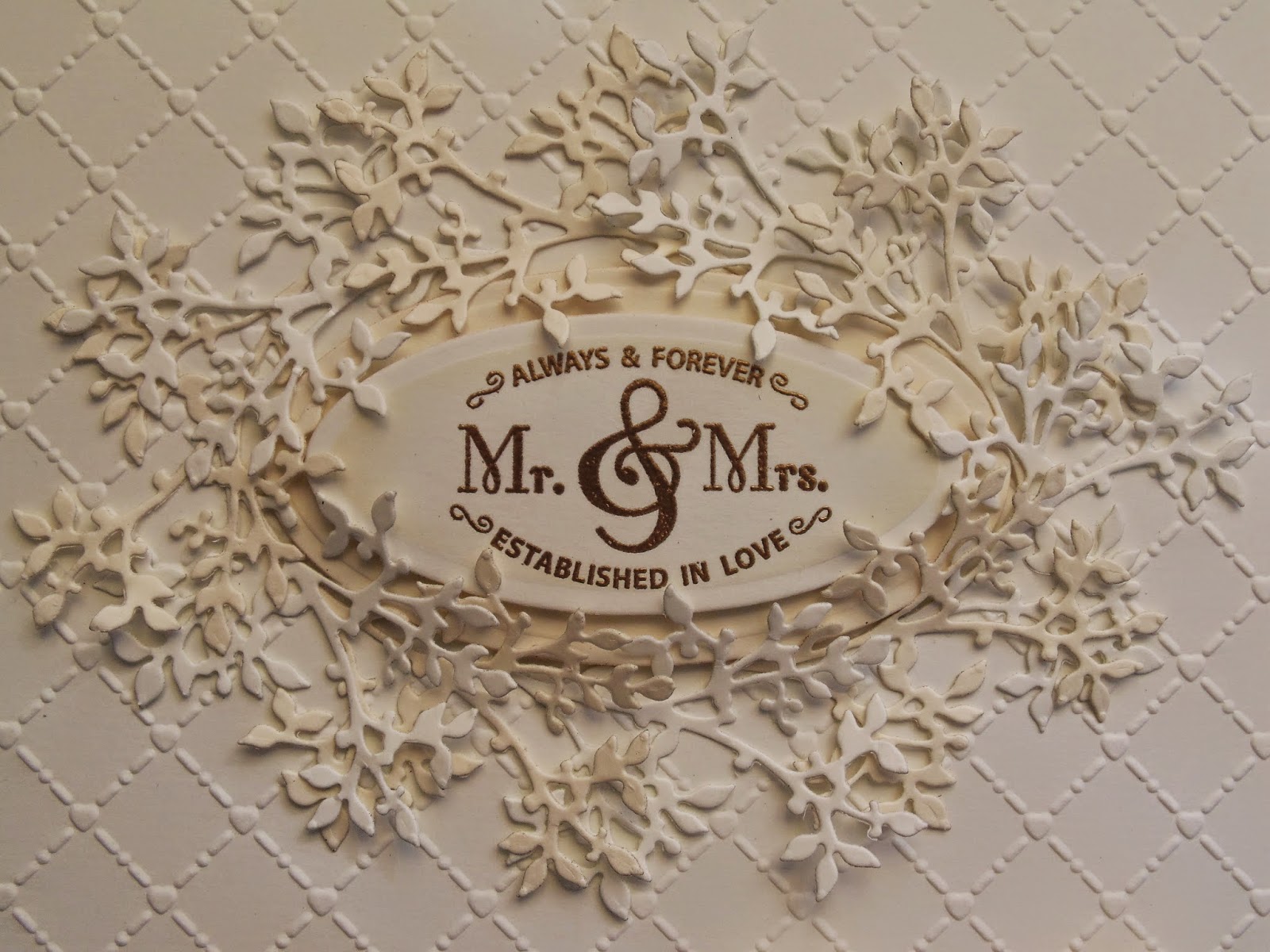 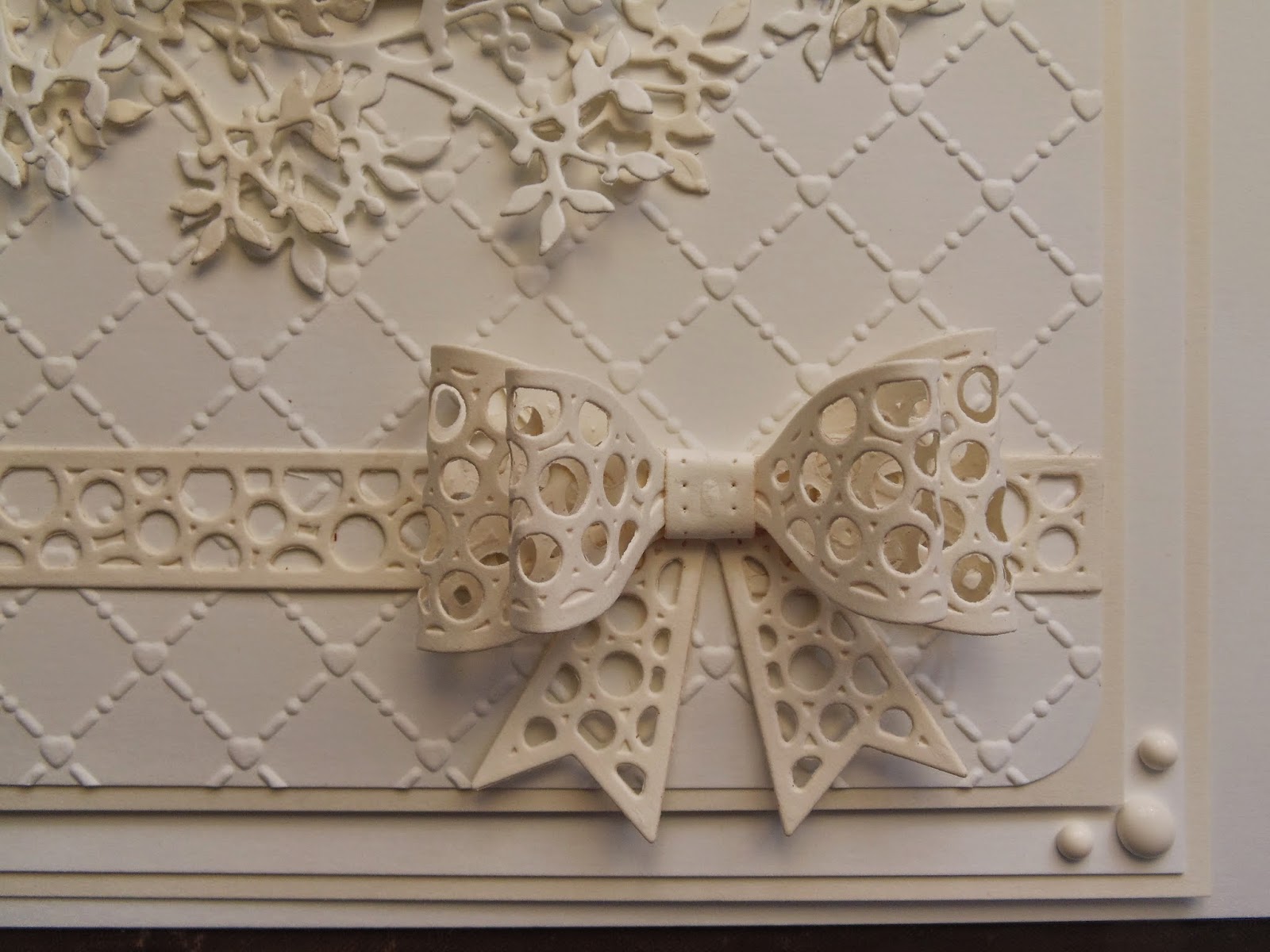 I assembled the card as shown adding some CS Ivory PVA in the corners.