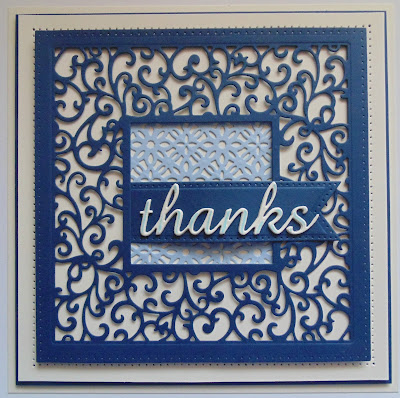 I cut one of Sue Wilson's Double Pierced Squares Set B out of French Navy Card. I popped the Couture Creations Vierge Square in the centre and cut it out. 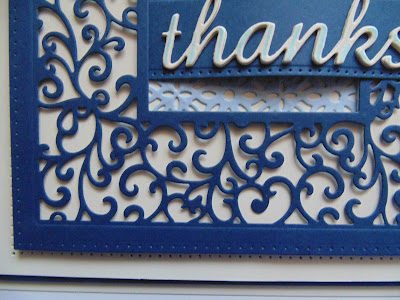 I cut one of Sue's Pierced Flags out of French Navy Card. I cut the Couture Creations Thanks Die out of Milk Card 3 times - on one of them I inked through the die with CS Clear Day Colour Cloud using a Smoothie. I stacked all 3 on top of each other with the inked one on the top, securing with CS Glue. 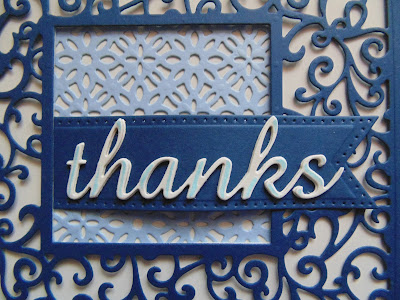 I assembled the card as shown piercing around the edges using my Tim Holtz Ruler, Precision Probe and Piercing Mat.


Thanks for stopping by.

Julia.
www.juliawattscrafts.co.uk
Free card with all website orders (ask for one in the comments box at checkout).
Deal of the Day today (16th February) - Woodware Baby Has Arrived Stamp Set only £3.99! 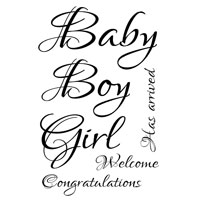