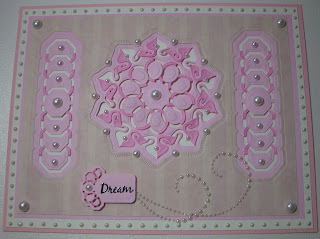 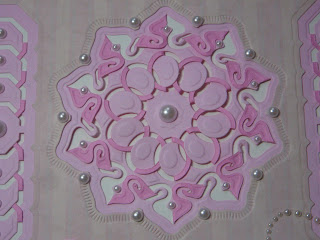 I folded and tucked. I glued the patterned paper in place and added lots of White Pearls. 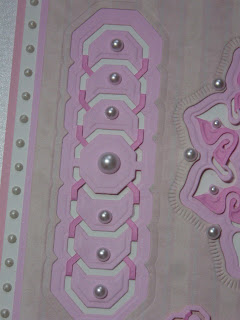 I stamped the sentiment from the Creative Expressions Fanciful Phrases Stamp Set using Jet Black Archival and embossed with Cosmic Shimmer Clear Embossing Powder. I cut it out using the little tag die from the Octagon Strips & Accents die set. I folded and tucked and added a pearl. 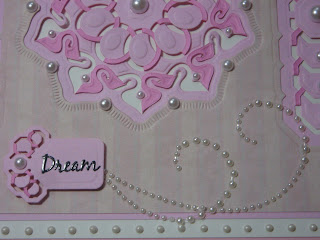 I assembled the card as shown adding a Pearl Swirl and some dots of Cosmic Shimmer Pearlescent PVA in White around the edges.